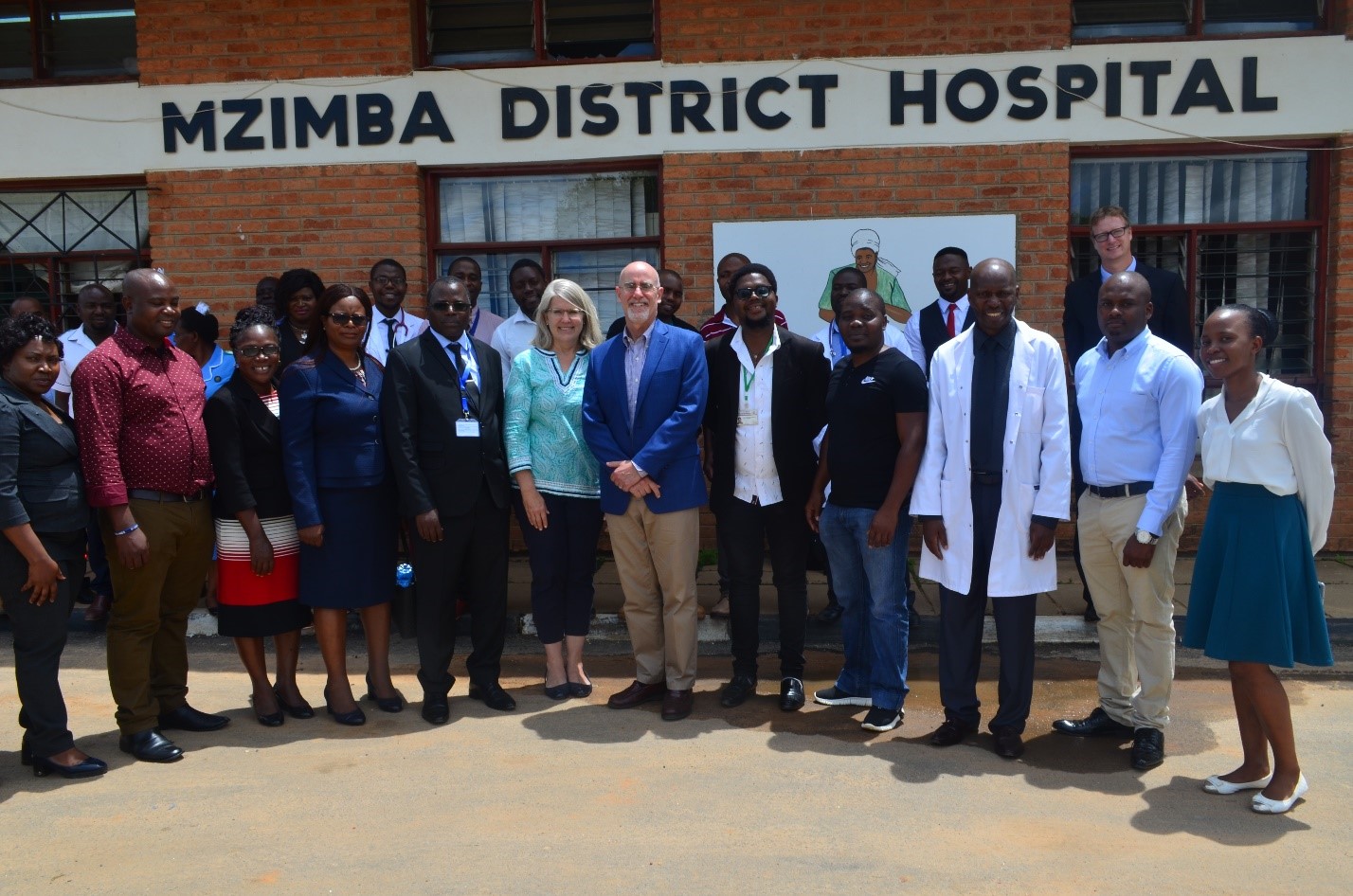 The newly appointed Ambassador of the United States of America to Malawi, His Excellency Robert Scott, and his wife, Anne, visited Mzimba District Hospital, a Government of Malawi hospital that Lighthouse Trust provides direct service delivery and technical support in integrated HIV Prevention, Treatment and Care services among other sites in the Northern Region of Malawi.

The visit, which took place on Monday, 13th January 2020, was organized to familiarize the Ambassador with the President's Emergency Plan for AIDS Relief (PEPFAR) and Centers for Disease Control and Prevention (CDC) support for sustainable HIV epidemic control, TB services, and cervical cancer screen and treat services. In attendance for the visit were the Country Director for CDC, Dr Andrew Auld; Mzimba South Acting Director of Health and Social Services, Dr Lumbani Munthali; the Executive Director of the Lighthouse Trust, Prof Sam Phiri; as well as Jhpiego’s Gateway Project Director, Ms. Gertrude Chipungu.

During the visit, healthcare workers and peer navigators were able to demonstrate the various HIV integrated services being implemented to achieve the 90-90-90 goals, the adopted HIV and AIDS 90-90-90 treatment targets of the Malawi National Strategic Plan for HIV and AIDS (2015-2020).

HIV testing services such as provider initiated testing and counselling (PITC) and active index testing were showcased during the visit. The Ambassador was also given a tour of other clinical services being implemented to identify more HIV positive individuals as well as those that are improving linkage to antiretroviral therapy (ART). He was able to observe how services such as active index HIV testing is implemented to increase HIV case identification, implementation of Integrating cervical cancer screen and treat into routine HIV care and use of Electronic Medical Record System (EMRs) at the facility. The Ambassador was also briefed on how the facility implements prevention of mother to child transmission (PMTCT) in the maternity unit, outpatient services including sexually transmitted infections (STI), and medical as well as surgical inpatient services at key service delivery points are provided.

Other unique interventions at community and facility level showcased were those targeting key populations including female sex workers and partners of people living with HIV (PLHIV).

In his remarks at the end of the tour, Ambassador Scott commended the collaborative efforts of the partners working at the district hospital, saying, “I’m impressed with the collaboration and teamwork between the Ministry of Health, Lighthouse and Jhpiego.”

In regards to the services, he touched upon active index testing, expressing how impressed he was with the current approach of actively following up sexual partners of PLHIV to reach the first 90. “It is not easy to convince sexual partners to go for testing!” He added.

Mzimba District Hospital is a secondary referral hospital which was built in 1989 and opened in 1992. The hospital provides general health services including limited surgical interventions to an estimated 118,000 people and as of September 2019, 4617 people living with HIV were alive on antiretroviral therapy.